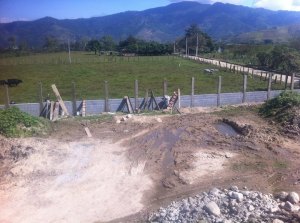 This question is often asked to me.  “Aren’t there any hospitals for the people?”  In reality, the nearest hospital is two hours away.  But the definition of a hospital here and the idea of a hospital are two different things.  It is hard to grasp a building that is sparsely equipped with less than 200 beds that serves over a million people.  And unfortunately, many of the people from our area are afraid to go to the hospital due to racism and discrimination that has been shown to their families and neighbors in the past.  Everyone seems to know some horror story about something that happened in the national hospital.

Today I spoke with a 20 year old woman, pregnant with a hydrocephalic baby.  She didn’t understand what was wrong with her baby or the complications.  She asked if it was a rabbit or a pig that was inside of her.  As I watched the affect of her face and saw how motionless she was, I realized…. I wish she didn’t have to go through the government system.  She will be left with more questions and more confusion….  if only we could refer her from our hospital….

Or for the 3 week old baby of one of our workers.  Believing that the baby had meningitis, they took him to the hospital where he was taken from the parents and placed in the ICU.  The next day there was an explosion of gas at the hospital and everyone was evacuated.  The parents could not find their son (in the hospital here, the parents are often not told what is wrong and are not allowed to see their children – creating fear and uncertainty with many people).  The parents were eventually given their baby and told he had an infection and there was nothing they could do.  They sent them home and the baby died that day.  The truth is the baby may have still died in our hospital, but we could have started treatment earlier.  We could have shown compassion and Christ to the family.  We would have allowed them to know what was happening and how they could pray.

Or the sixteen year old girl who came on Saturday who’s baby was 22 weeks develop and died in utero.  She cried and cried which is not common here.  I wish she could be surrounded by doctors and nurses during this process who would show her love and pray with her.

Or the woman that came in the afternoon Saturday, eight weeks pregnant with an ectopic pregnancy – in such severe pain that she passed out when she stood up.  She already had signs of shock and had to ride the three hours to the nearest hospital on incredibly bumpy roads…. my prayer was that when she got there, they would treat her before she died.

For the two year old boy with severe pneumonia.  The third child of a mom who is just 22.  His stats were in the 70s and the father was working at the coast.  The mom had no help at home and chose to give him medicine and pray.  For her to navigate the hospital system here is extremely difficult.

These are just the cases I remember from that day, where I thought, “this would be a good day to have a hospital”.  And so, we press forward with the task at hand, believing that a hospital in our area will provide for those who have no other options.  The road to here has not been easy, but God is leading.  God is guiding.  And we take one day at a time.