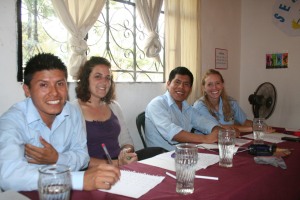 Who’s idea was it to have a debate as their practical exam?  I might have to take some credit for that one.  The process was as painful for me as it was for them… but I would do it all over again.

One challenge is that technology – computers, Internet, typing, research – these are all foreign concepts to the students.  They have never been taught the building blocks of how to search on the Internet, how to write arguments, how to organize thoughts, how to present information in a convincing manner. Basically – what a debate is and how to debate.  And so over the last two weeks I found myself holding 10 sets of hands and walking through the process with each one. We started at the beginning with forming arguments, searching for articles, highlighting, forming opinions and learning to use notecards.  It was like doing ten projects all at the same time…. and I wiped away plenty of tears in the mean time.   It was worth it because I feel like the students are further ahead now and could at least begin on their own the next time.  They felt proud of what they had done and their presentations. 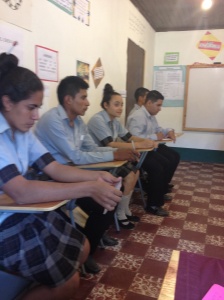 So what did we debate?  Technology of course.  Whether technology has had a positive or a negative impact on education. 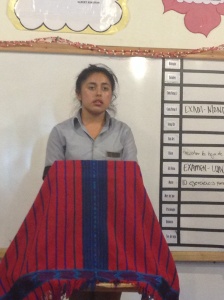 Last night they had a practice round and as they left the school, I heard laughter like I had not heard in a long time.  It was good to see them together and laughing.  Good to see them wanting to better themselves.  Good to see smiles on their faces.  At this point in the year (four days left of exams) everyone can see the end in sight.  In contrast to the states though, these last days are the most stressful and tiresome.