I haven’t been to one of our remote clinics for awhile because I have class on those days generally. And so as I sat through the Chumisa clinic this week, it was as if I was returning after a year of being away. 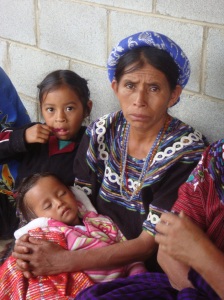 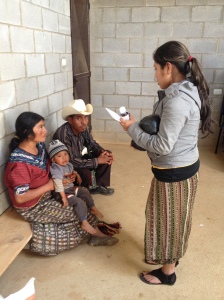 The thing that hit me the hardest were the young people that came in with real need. All 19 years old. All needing a miracle. We had two girls who had both been married for 4 years (normal life here) who have been unable to become pregnant. In this culture, this is a very sad reality. Since children are your retirement, to provide and care for you as you age, it is a very difficult thing to not have children. Many times the woman is blamed and shunned because it is assumed that it is her problem. And so they come with the hope that we can do something to reverse the situation. We can make sure that they have what they need…. and we can pray. But there is little that we can offer them. Often the women in this situation are desperate. Their husbands threaten to leave them (and very rarely will they find another man). They are often abused and mistreated because of this. Infertility is always a very sad situation, but I find it heartbreaking in this culture because I see how much of their lives rest on the shoulders of their offspring.

The young boy came in because he had felt large, hard masses in this abdominal region. They were growing rapidly and he was scared. His story unfolded that he was in the church when he was younger, but had not been back since he left to work at the coast. His fear was evident as care for him is not very prevelant in this contry. The normal protocol is to start at the government hospital and the people are then often sent to this place and that place for testing – which is very expensive and time consuming. And so we explained the process to him as he began his journey to find healing. But Leslie took the opportunity to explain to him the story of the prodigal son – which was much like his story. And when she started to talk, tears streamed down his face. We know that so many are led to us who are seeking answers, seeking something beyond the medicine that we could give. All three of these “children” were just that. Although all three have spouses and all three have their immediate physical needs met, there is something greater that they are seeking. Being in Chumisa was a good reminder to me of the searching and seeking going on around me. We hope for answers in all three of them, yet know and very much undersand that there is nothing that we can do for them – and leave it in the hands of the One who can.

1 thought on “A Return to Chumisa”