I sat and listened to the scream that has covered the valley.  To me it sounds like desperation as the locusts have taken to the trees.  It is dry.  It is hot.  It is unrelenting at times.  And so is the scream of the locust – unrelenting.  It echoes from the mountains.  There is no escaping it.   I can almost pretend that it is music…. But that is a struggle.  To me it is so annoying. 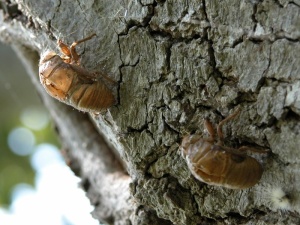 I went to the side of the mountain where the sound could not echo.  I was trying to escape the sound.  And yet it didn’t relent.  I listened to it trying to distinguish what it was that I was hearing… and among the screech that was constant, there were a few individual sounds that were being heard.  A few locusts who were singing out of sync.  It was almost as if they were in panic. Screeching louder and faster than the others.  Yet to hear this shrill, I have to be silent and still.  We have to focus not on the noise around us, but on the individual.  I find it easier to just take it all in than to hear one voice at a time.  The truth is that I tried to escape this morning to gain clarity in what God is saying.  I tried to hear that still, small voice.  God says – Be still and know that I am God.  And with all that is going on around here, it is impossible to deny that He really is God and He really is in control.    The scream of the locust is the same as the scream of a student who is in distress.  It’s the same as a neighbor asking for help or a child who doesn’t know how to express themselves.  It takes the same concentration to see where the need is as to hear the single locust amongst the thousand on the mountainside.  But this is what God is asking me to do these days… and so I focus intently on that still small voice and trust that God is in control of all.  Be blessed today my friends and listen for the locust!

Fires have taken over the mountains on all sides.  Because it is so dry, they spread fast.  Farmers burn their fields to eliminate weeds and last year’s corn stalks, but the fires can quickly get out of hand.  I like the beauty of fire on a mountainside at night – but only for a second as I realize the destruction. 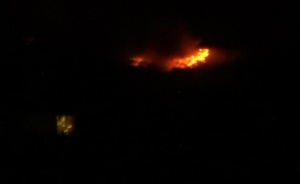 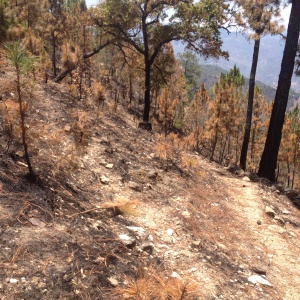