Gym class looks a little different here than it did in the states.  They use whatever resources we have to teach the concepts of strength and agility.  This game is one I am sure they could not get their students to partake in in the states. 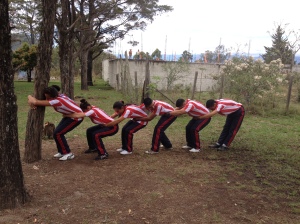 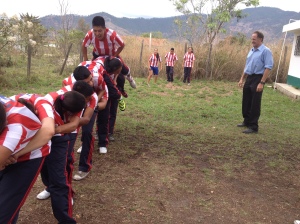 In the second test of strength, the students were divided into two teams.  The first team made a line from the tree forming a sort of table.  The members of the second team threw themselves on top of this line of students one by one, trying to pile as many students on top of the line as possible before someone fell off. 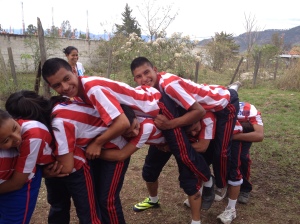 Here is the demonstration. 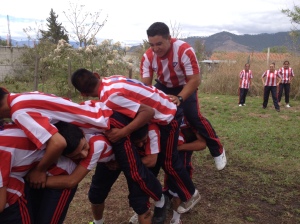 You can try this at home!